African history was rewritten and/or erased due to cultural arrogance and to justify slavery. Racist pseudo-scientific theories and racist versions of history were both developed to further that political ideology and its objectives. The myth of the primitive justified slavery by questioning the humanity and self sufficiency of Africans. These racist concepts and pseudo-scientific theories have been debunked but there has been little progress in correcting history.

Erasing the identify of ancient Egypt as a black African nation was critical to erasing the transcendent contributions of Africans. The significance of Egypt and Africa to world history cannot be overstated. However, the truth is obscured due to the many errors, omissions and biases.

It is crucial that history reflects fact and not agenda. Ensuring a fact based approach to history is a responsibility of historians and a benefit to all. The reformation of African history and by extension world history is necessary.

There is universal agreement that ancient Egypt was a technologically advanced African nation.

It is their ethnicity and the scope of their accomplishments that is debated.

The Egyptians produced thousands of years of statues, paintings and written history. If is the testimony of these records that prove their identity and document their accomplishments. Egyptian history is black history. 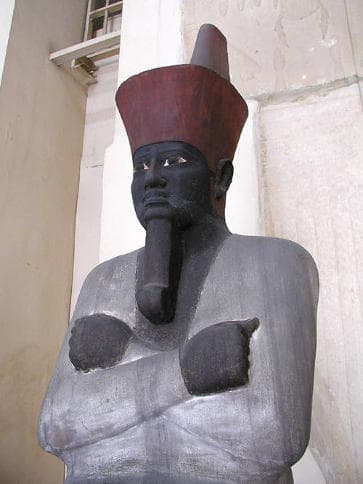 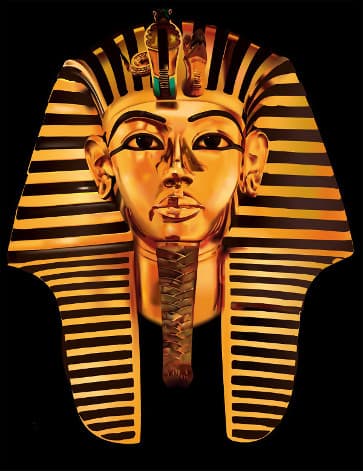 Ancient Egypt was a scientific, spiritual and intellectual super power.

The Egyptians engineered wonders, performed surgery and had advanced knowledge of medicine, astronomy and mathematics.

Their contributions to philosophy and religious thought are unequaled. They established the oldest known religious system of salvation and much of what is commonly called Greek philosophy originated in Egypt.


Their many contributions and the fact that Egyptians are Africans have both been systematically diminished or denied. However, their identity and their accomplishments have been preserved through their work and can be seen from their remains. 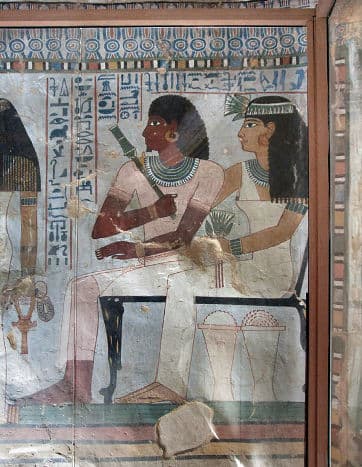 We can see the blackness of the Egyptians with our own eyes. The fact that their African heritage is debated demonstrates historical and continuing cultural bias and dishonesty.

No credible observer would identify these individuals as Caucasian and the concept of a mixed race is illogical.

Yet, these are the unrealistic and unexplained conclusions reached by some authors. Conclusions that are inconsistent with the visual evidence.


George Rawlinson, Ancient Egypt (1886), claimed the the Egyptians were not black Africans but his description of them provides some perspective:

"The fundamental character of the Egyptian in respect of physical type, language, and tone of thought, is Nigritic. The Egyptians were not negroes, but they bore a resemblance to the negro which is indisputable. Their type differs from the Caucasian in exactly those respects which when exaggerated produce the negro. They were darker, had thicker lips, lower foreheads, larger heads, more advancing jaws, a flatter foot, and a more attenuated frame. It is quite conceivable that the negro type was produced by a gradual degeneration from that which we find in Egypt. It is even conceivable that the Egyptian type was produced by gradual advance and amelioration from that of the negro."

The inconsistent and contradictory statements by Rawlings are extremely instructive. He writes that the Egyptians have negro body type, language, thought, physical features and color. He goes further and suggests the potential for a direct lineage from Egyptians to negroes or negroes to Egyptians. He claims on the one hand that Egyptians are visibly negroes and on the other hand that they are related to negros. So, if they look like negroes and are related to a negros, what would be the reason to say they are not negroes?

"Politics are vulgar when they are not liberalised by history, and history fades into mere literature when it loses sight of its relation to practical politics.... Politics and history are only different aspects of the same study."

A debate about the heritage of an ancient people would be understandable under some circumstances. However, Egypt is likely the most researched ancient civilization in history. Given the available information, the claim that Egyptians are not African is essentially a political argument.

The Egyptian culture has been written about and studied from the earliest western historians (Herodotus, Didorus Siculus, Strabo) until today. The study of tombs, temples and anything Egyptian has been occurring non-stop for over "two thousand years". Since the invasion of Egypt by Napoleon in 1798 countless books have been written and Egyptian artifacts can be found in virtually any major city in the world. There are formal degree programs in Egyptology at major universities and these universities have sponsored their own excavations and studies. With all of these eyes on Egypt, how does the denial that Egyptians are Africans endure.

There are esteemed Egyptologists and historians who have written that the Egyptians are black Africans but they have been denounced on that singular point. The facts they present are ignored and their expert opinions are dismissed. These denials are unbelievable, given the mountains of physical evidence showing the Egyptians to be Africans.

The walls, statues and objects in every ancient tomb contain images of the Egyptians. Most pictures are of royalty but some are of farmers, artists, builders and other average citizens. These images show almost exclusively dark skinned Africans, in every image and in every role. Images of light skinned individuals are extremely rare. 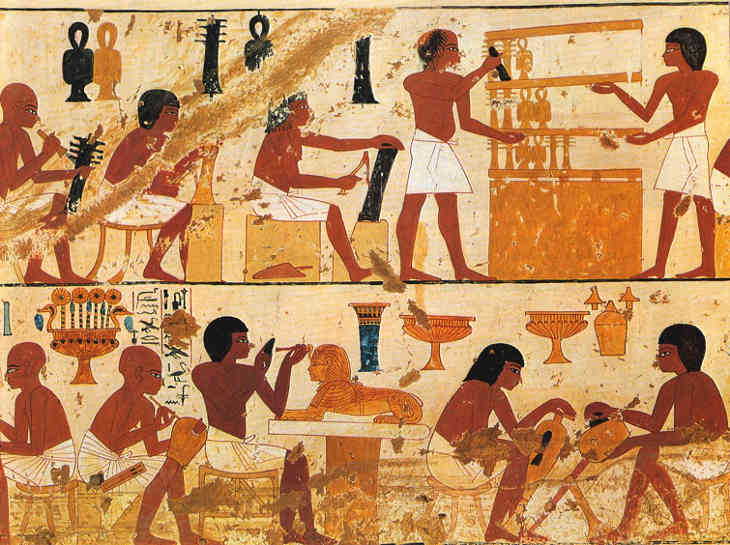 To deny the African identify of an African nation where there are millions of artifacts depicting those Africans seems ridiculous.

However, those who want to claim the legacy of Egypt are not deterred. Many argue that the original Egyptians were Caucasian.

He claimed that any " any Negroes in Egypt were either captives or servants".

"The Egyptians were white men, of no darker hue than a pure Arab, a Jew, or a Phoenician." 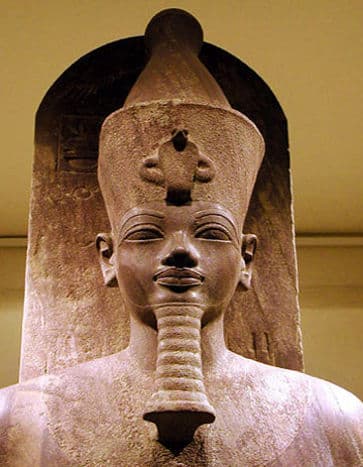 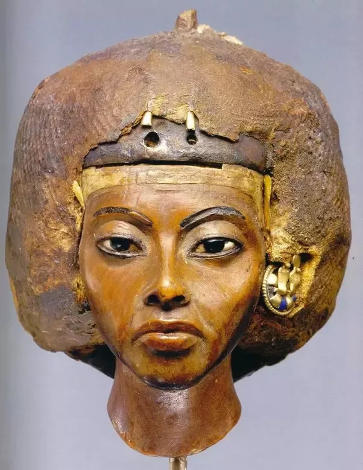 It is certain that not everyone or everything in Egypt is African. There is clear evidence of different groups living in and visiting Egypt. There was always some diversity but the number of foreigners increased following multiple conquests. There were Persian, Greek and Roman rulers of Egypt. Cambyses II, Alexander the Great, Julius Ceasar, Cleopatra and the Ptolemies were all called Pharaohs of Egypt. They created pictures, statues and even mummies in their likeness and name. The evidence of their presence remains, as does evidence of foreigners in Egypt throughout its history.

The foreigners who lived in and ruled Egypt were not responsible for it greatness. They occupied an Egypt in decline and were incapable of even maintaining what they conquered. The Egyptians and Ethiopians were one people and were identified as such by the Greeks and Romans that occupied and traveled in Egypt.

Herodotus, Didorus Siculus, Strabo and Aristotle are all highly regarded eye witnesses who classified the Egyptians as black and/or Ethiopian.

" As for me, I judge the Colchians to be a colony of the Egyptians because, like them, they are black with woolly hair..."

"The Aethiopians (Ethiopians) are highly favored with the gods, they were the first of all men created by the gods and were the founders of the Egyptian Civilization."

"Too black a hue marks the coward, as witness Egyptians and Ethiopians, and so does also too white a complexion, as you may see from women..."

"the ancient Egyptians were true Negroes of the same type as all native-born Africans."

"their blood, mixed for several centuries with that of the Greeks and Romans, must have lost the intensity of its original color."

"this race of Black men, today our slave and the object of our scorn, is the very race to which we owe our arts, sciences...

"people who call themselves the greatest friends of liberty and humanity that one has approved the most barbarous slavery, and questioned whether Black men have the same kind of intelligence as whites!" 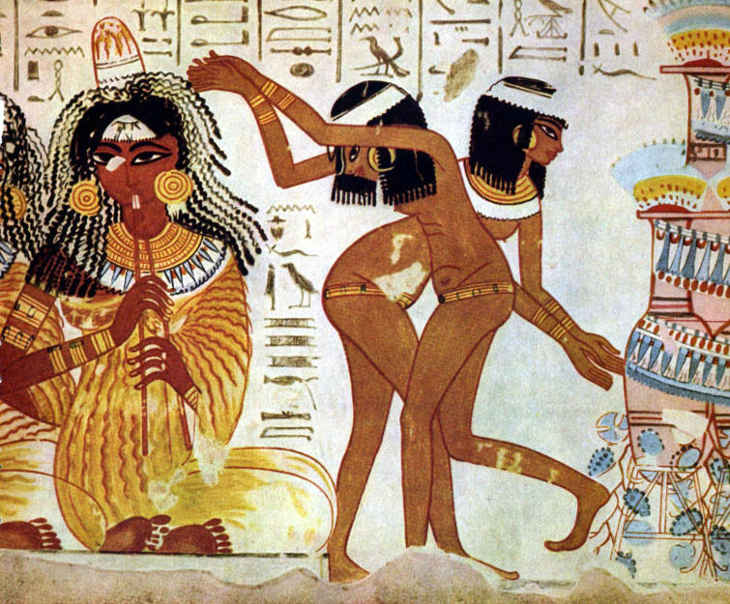 The truth about Africa and its place in history should be told for the sake of all people. History books that credit one group for all genius and inventions is a crime against all.

"We should emphasize not Negro History, but the Negro in history. What we need is not a history of selected races or nations, but the history of the world, void of national bias, race, hate, and religious prejudice. There should be no indulgence in undue eulogy of the Negro. The case of the Negro is well taken care of when it is shown how he has far influenced the development of civilization."

"We have a wonderful history behind us. ... If you are unable to demonstrate to the world that you have this record, the world will say to you, You are not worthy to enjoy the blessings of democracy or anything else." 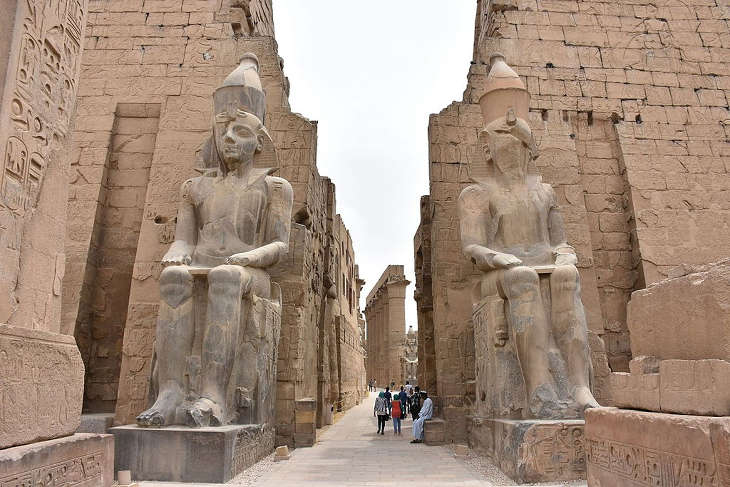 The Egyptians inscribed "Man, know thyself" on their temples and built monuments that have stood for thousands of years. Their work embodies the scared technical knowledge of the builders but also conveys knowledge of self.

They memorialize the capabilities and achievements of the ancestors and confirm the potential of their descendants. These artifacts that enshrine the practical and the spiritual are also designed to educate, inspire and motivate.

The Egyptians were very careful and deliberate in ensuring that we knew who they were and what they accomplished; the Colossi of Memnon; the sphinx, the pyramids, Temple of Karnak and Luxor are all gigantum but also much more. These objects contain mathematical, scientific and astronomical knowledge of the highest order. They were built to embody and preserve knowledge but also to impact mind and soul. In Egypt art, science, technology and worship were one.

The contributions and importance of the foundations laid in Egypt for medicine, architecture, technology, education and religion cannot be ignored. They illustrate their genius, spirituality and accomplishments in dramatic and undeniable fashion. It is important that the descendants to this legacy see this potential in themselves.

"In a social order where race, class, even gender are represented as the basis for fundamental differences in people (as is certainly the case in American society) both young and older learners must learn the message of their particular legacy in order to draw from the inspiration of that legacy."


"The young must be taught that they have a legacy of greatness and accomplishment that they are required to continue. It is the images of greatness, which resemble them which serve to inspire young people to become the great scientists, scholars and artists which continue to fearlessly explore the world and develop new ideas and concepts which advance themselves and the rest of humanity."

We transfer knowledge through teaching and history but also through example. The temples, pyramids and sphinxes are all designed to cultivate awareness and transmit consciousness (knowledge). 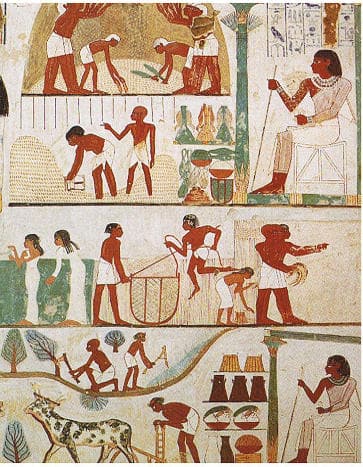 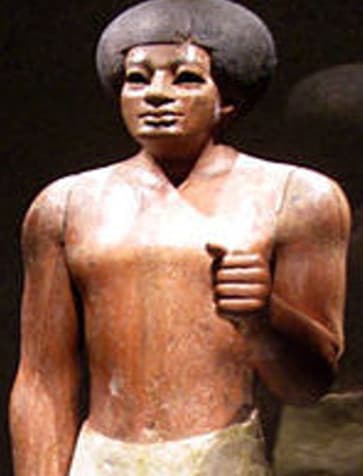 "The growth of civilization is a gradual and cumulative process. Each generation and culture of humanity builds on the discoveries of those who came before them. The truly advanced civilizations of the world have all borrowed from other civilizations and have similarly contributed to subsequent civilizations as a result of their accomplishments."


"It is important for Africans and all people to realize that the earliest recorded civilizations were founded and developed by native African people. The color of the skin of the Nubians, the Aztec and other pioneers of civilization is certainly not the most important characteristic of these human beings. The significance of their skin color is important only because of a racist miseducation that implied either that all civilization came from white people, or that people of color made no creative contributions to civilized life. Because of this miseducation, ideas of white supremacy can continue to thrive, convincing each new generation of Caucasians that they have an exclusive monopoly on contributions to the development of the planet."


Future and current generations deserve the most accurate accounting of history that we can provide. Knowing the truth puts them in a better position to deal with their challenges. The corruption of past politics must be eliminated from the history books.

Library of History, Diodorus Siculus, Made English, By G. BOOTH, of the City of Chester, Esq;