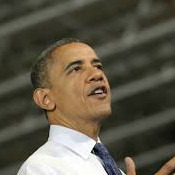 President Obama Knows Open Source - On January 20 2009, President Obama's first day in office, the Open Government initiative was issued to provide transparency and access to Government data. Learn how our Government is using open source and the opportunities this provides for you.


The memo issued by the president included the following statements:

" My Administration is committed to creating an unprecedented level of openness in Government. We will work together to ensure the public trust and establish a system of transparency, public participation, and collaboration. Openness will strengthen our democracy and promote efficiency and effectiveness in Government."

Under the initiative, government agencies are required to provide meaningful data and to make that data available. The data.gov site was developed using open source software and provides access to more than 180,000 data sets.

While the initiatives of President Obama have continued to progress the utilization of open source in the government this trend was not started by him.

Below is a short list of events documenting government utilization of open source:


The utilization of open source in government has increased steadily over recent years and today open source is a component of some of the most significant government programs.

The U.S. Army is the single largest install base for Red Hat Linux and Linux distributions are utilized by the Navy, the National Nuclear Security Administration and many other government agencies.See Linux Adopters (Wikipedia)

See the applications page at the data.gov site to see some of the commercial applications that have been developed using government data. The lists and types of app will amaze you!

The adoption and use of Linux by governments in not just an America event. The utilization of Linux in governments is occurring globally. China, Russia, France, Germany and Spain are a few among the many countries that have active government programs utilizing Linux. Actives projects include areas such as banking, military and the running of government administration.